A group of young musicians and

listeners from biratnagar formed a grouped named "brtROCKS" with an ambition to promote Rock and Metal music in biratnagar. In biratnagar, people are heavilly affected by the indian songs,which has deep rooted in our society.Everyone knows hindi songs but no one knows what other forms of music are. People here also like Hipop as Girish,the rap icon is from biratnagar itself. If anyone walks down the street carrying a guitar, people stare at that person as if he is carrying a gun. People are possesed with bollywood songs.Seeing this,we musicians generated that effort to form "brtROCKS" to collect rock and metal listeners. Our main objective was to uplift biratnagar in music,like the other cities of Nepal. Since our formation, we have gained some attention from the residents of biratnagar but they still donot know what we are trying to do.

After the "Tribute to Metallica" concert done by Dazzle band there was no any activites related to metal or rock music in biratnagar.Only dozens and dozens of dance partys. No space for actual musicians to come and enjoy and have a good time.So We brtROCKS oraganized "Metal Saturday-I" with "Agyat",one and only blackened death metal band from biratnagar. "Sin Without Cease" metalcore/Nu metal band from itahari came to join the stage. It was a kickass show,our first start,total underground \m/. As we posted the picutres and videos of that gig on facebook we got very good response from musical socities all over Nepal.We were so happy. So this year, on the ocassion of Dashain festival,we bring a bigger,better show.

"Metal Dashara-I" as we named it will be a complete metal concert having a big lineup of 5 metal bands.As we decieded to take "Metal Dashara" as a musical festival,to be oraganized on every dashain from now onwards. For Metal Dashara-I we have "Dying Out Flame" a vedic metal band from ktm, "Agyat" Blackened death metal band from biratnagar, "Sin Without Cease" Metalcore/NU metal band from itahari and "Crude Fixation" Fastcore metal band from dharan. We have Hotel Namaskar as our concert venue. Finding Sponsors for a rock/metal show in biratnagar is still kind of impossible,people just don't know what metal music is.So, we had to empty our piggy banks just to see our biratnagar improve in music. We love our biratnagar,and we love metal,we will be organizing more more metal concerts in the near future. Till then,come join us this Ashoj 11,at Hotel Namaskar(time 2:00 pm),and Support us...\m/ :) Thankyou. 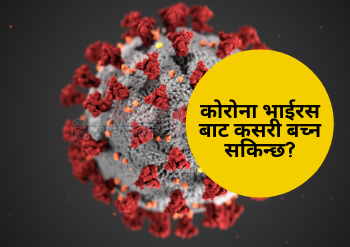